Joined Jun 5, 2017
·
52 Posts
Was my first time so was a pain but I think that was 75% do to the material...if I had picked a more standard color then it would have went smoother for sure...the next one I really want is so stiff it feels almost like like a soda can lol...not sure if I can make it work but check out how bad ass it would look...lol

Joined 11 mo ago
·
61 Posts
That color shifting wrap is what my daughters want to do it in. We saw a challenger wrapped in it and it shifted from dark purple to pink as it went by. Blew their minds and now that is their goal for the x3.

Thanks for sharing man, you do great work! My wife puts up with my crazy as well.

Joined Jun 5, 2017
·
52 Posts
Thanks...yeah I think if u have a lot of more flat panel areas it could work...its stiff as all get out tho so be prepared..lol this should be the link to the material 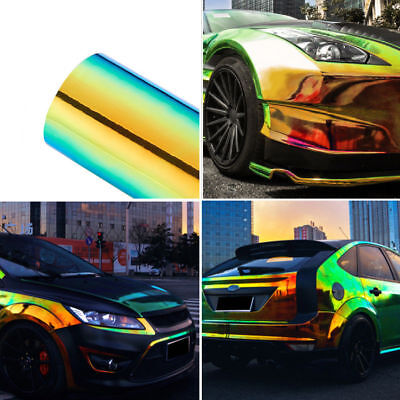 Joined 11 mo ago
·
61 Posts
We have a max so there are lots of flat black planes. They also planned on only doing some areas and not every panel.
Do you think heat would help, or is it just stiff no matter what? It'll end up being my job if their hands can't handle it. Maybe we should do a solid color. hah

Thanks for the link. that's the exact stuff I have flagged for purchase.

wsy480 said:
It does help...but it doesn't have a lot of stretch....its tuff but can be done...i mean how did they get it all over those cars in the ad...lol but yeah try some true simple car vinyl....its like night and day
Click to expand...

DEZPERADO said:
Check out WD-wholesaledecals on ebay. I bought a full set of decals for my "19 X3 RS and they are great, thick and very durable. Listing didn't show for a '19 but fit great. Don't know about 2020. Even covered the dash and glove box cover as well as door bottom. They accepted my 'best offer' of $240 on a $270 listing.
Click to expand...

2020 Maverick X3 MAX XRS TURBO RR
Joined 1 mo ago
·
98 Posts
Regarding flipping (switching) the shocks. I have a 2020 X3 MAX XRS. Are the reservoirs bigger on the 2020s? I flipped mine and cut them based on pictures that I have seen posted. I haven't had the chance to take it out yet to see if it rubs but I would like to trim it more first if I have to.

Lugoa2000 said:
I have a 2020 X3 MAX XRS. Are the reservoirs bigger on the 2020s? I flipped mine and cut them based on pictures that I have seen posted. I haven't had the chance to take it out yet to see if it rubs but I would like to trim it more first if I have to.
Click to expand...

Hey there,,,, Newish member here,,, first time posting. I don't post unless I can help with anything, I just generally glean info from others around here and keep my comments to myself. (and search a lot ). Most of the gents that have been around here a long time answer (or have already answered) most questions, and cover most topics. This one however, I do have some experience with.....

I had ST rework my shocks a couple months ago. I had them install the IQS when the did the shocks, and the IQS necessitates flipping the front shocks to make room for the servos. ST trimmed mine (unfortunately they did a pretty poor job IMO). Anyway, I cleaned up their hack job, and trimmed a tad bit more then they did. I'd guess it's about where your pics suggest.

After my first dune trip with the new shocks, I noticed that it wasn't trimmed enough. I actually have two contact points on the ressi. One from the "upper" side of the plastic,,, the portion that is trimmed in your pic, AND a lower contact point which is actually contacting the "lower" portion of the black plastic piece. You can see it the rib I'm referring to in the second of your pics. I believe it is there to give the plastic some strength. My ressi's still hit the top (trimmed) portion, as well as the lower (not trimmed) rib.

I'm not really keen on trimming the lower portion due to it weakening the plastic,,,, AND my ressi's are already marked up. (both shocks, two different spots on each ressi), so I'm just gonna live with it. (if I can keep my retentive behaviors in check!)

Hope that's clear enough and it helps some.

Dropping $4k on shock work, I expected to be "blown out of the water". I was not, or maybe my expectations were just too high. Soft and Medium are both softer then Fox tune. Hard doesn't feel much different then Fox tune until you push it HARD,,, then it's significantly better. (not just stiffer)

For me, in Glamis, as hard as we push the car, it works well and I use all three settings. For anything else, I'd just stick to Fox tune unless that's too choppy for ya, then just have the shock work done to make it more compliant.